In November, Stop Pebble Mine launched a multi-week ad campaign throughout DC and Alaska urging the EPA to act quickly to finalize the veto of Pebble Mine before the next summer fishing season begins in Bristol Bay. The campaign follows letters to EPA Administrator Regan from the United Tribes of Bristol Bay, Commercial Fishermen for Bristol Bay, and dozens of organizations requesting veto action within this timeline.

The media campaign features a new TV spot, “A Special Place,” which has a three-week DC run on CNN as well as on a variety of online platforms. Online banner ads will also be displayed prominently in DC on Politico throughout the second week of November.

A one-day online homepage takeover of Anchorage Daily News will be live on Wednesday, November 10, in addition to the Facebook ads running in Alaska.

Bristol Bay Defense Fund launches ‘Finish The Job For Good’ television and digital ad campaign urging the EPA to ‘finish the job for good’ and veto Pebble Mine by the next fishing season in June 2022. 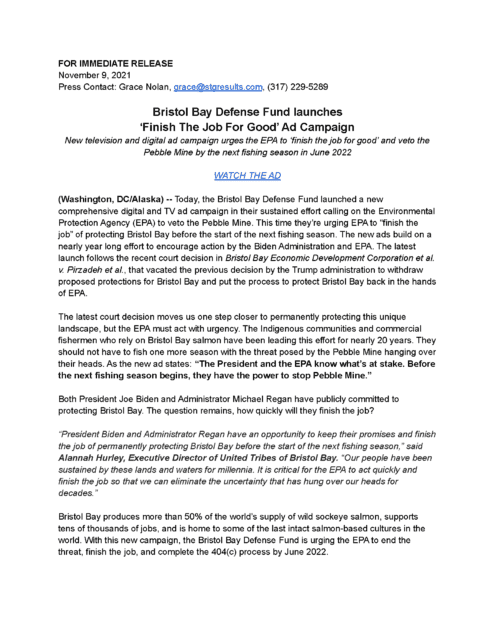 BBDF Celebrates Resumption of EPA Process to Protect the Region, Calls on EPA to Finish The Job For Good By Next Fishing Season 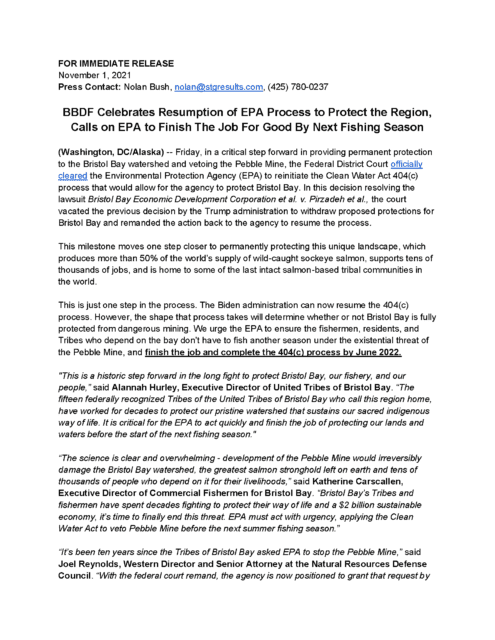 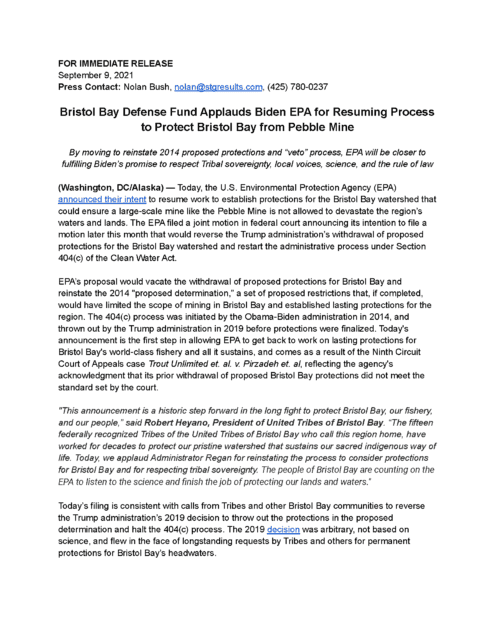 One Year After Biden’s Commitment to Protect Bristol Bay, the Watershed and its Record-Breaking Salmon Fishery are Still at Risk 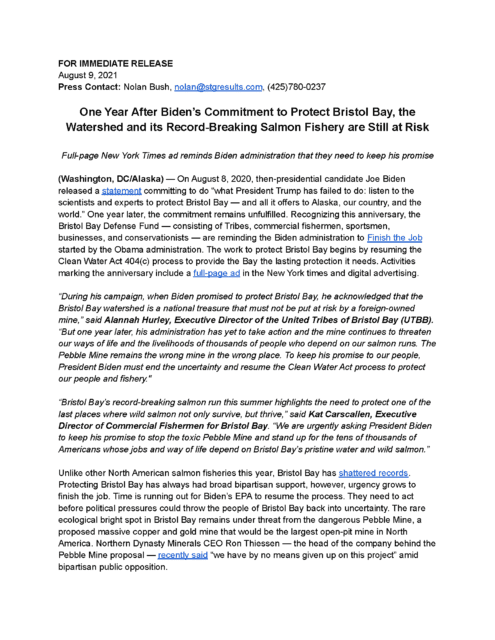 Ad by Stop Pebble Mine ran in the New York Times on 8/9. 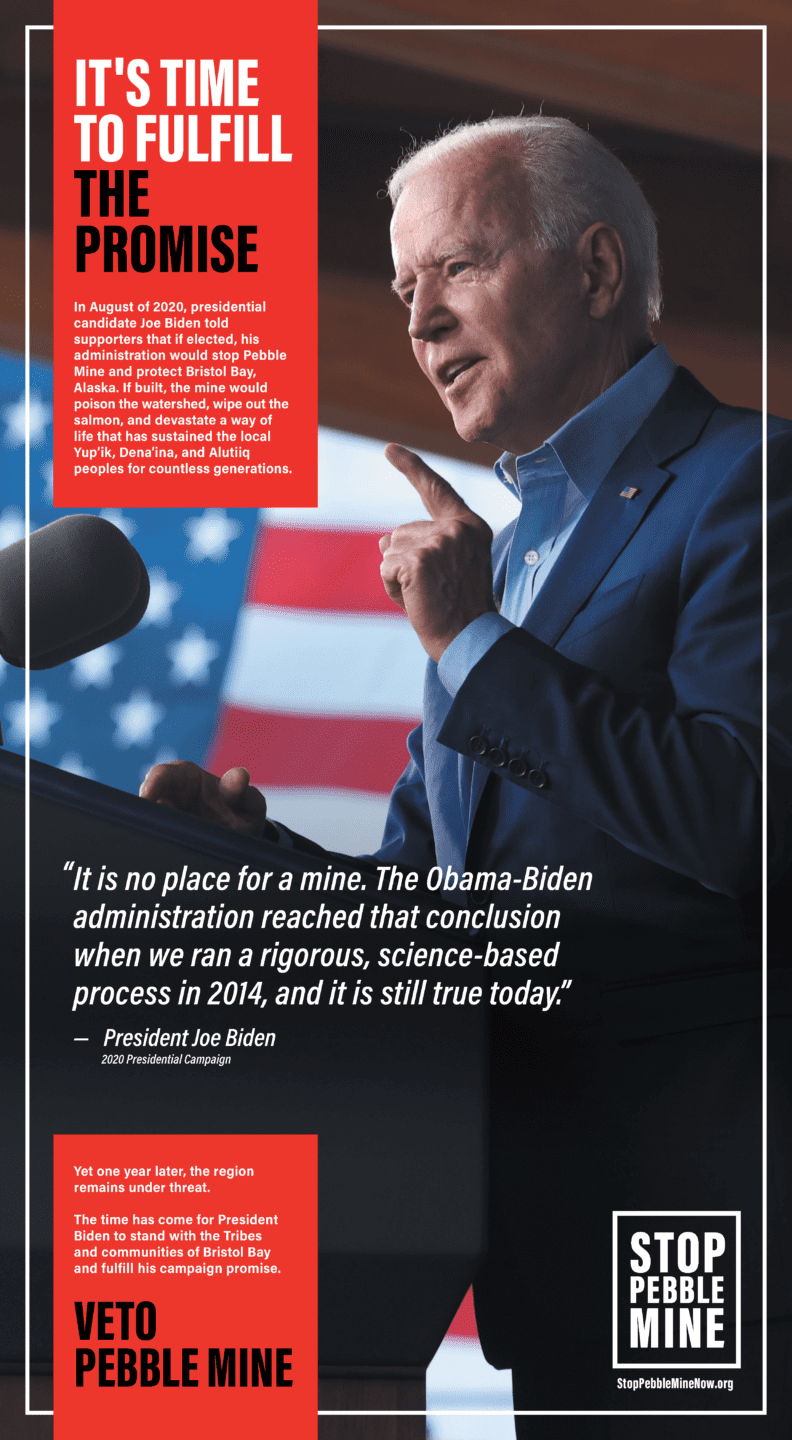 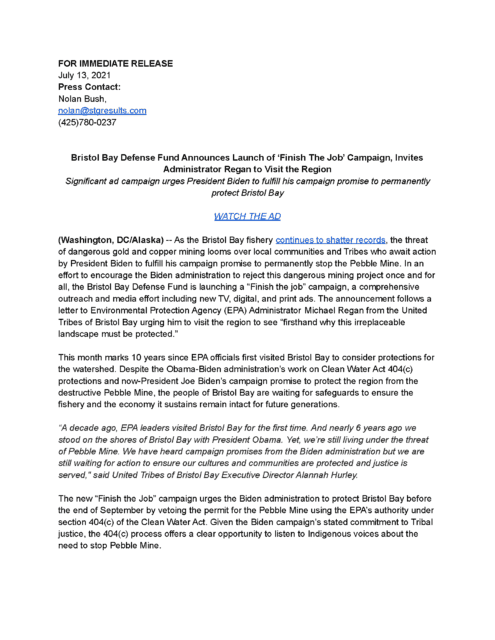 EPA, Do Your Job Print Ad 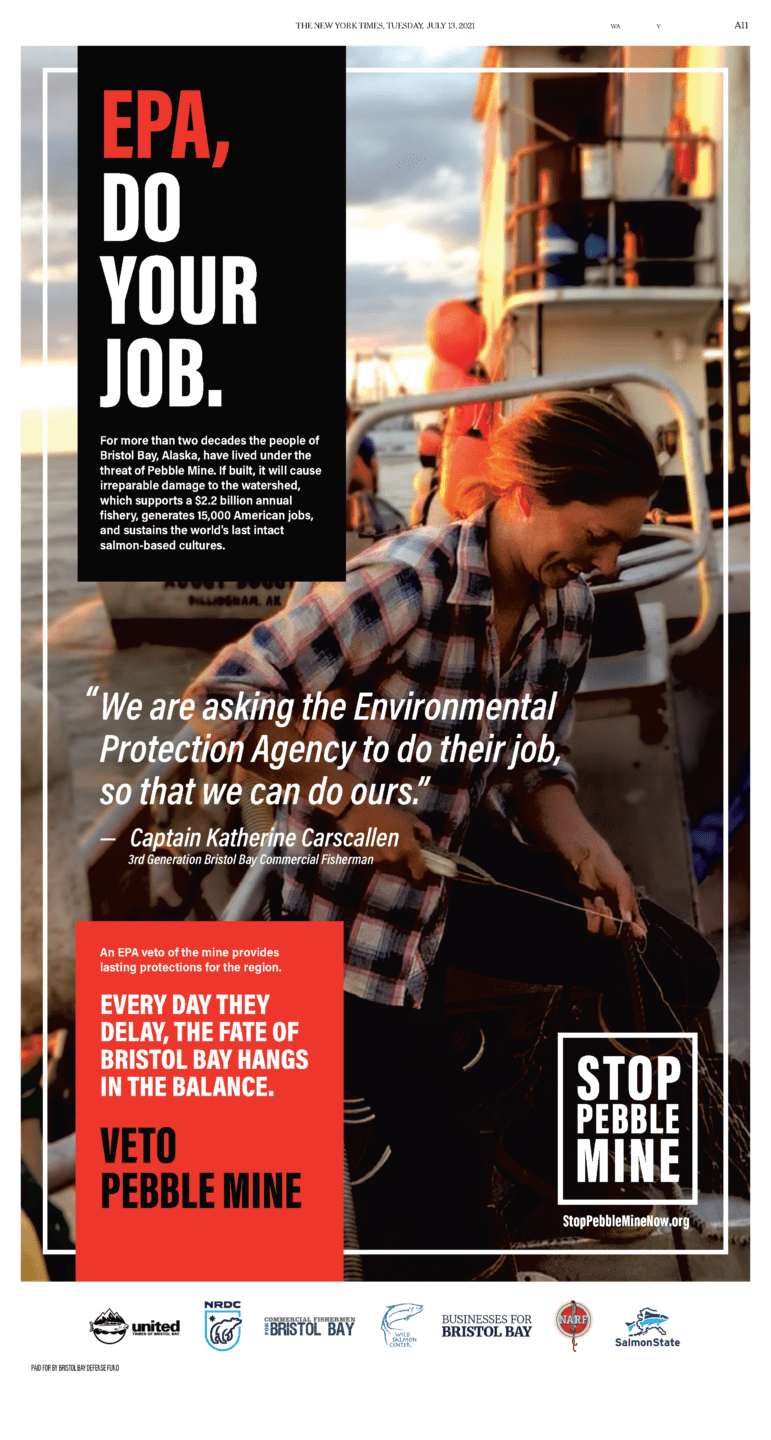 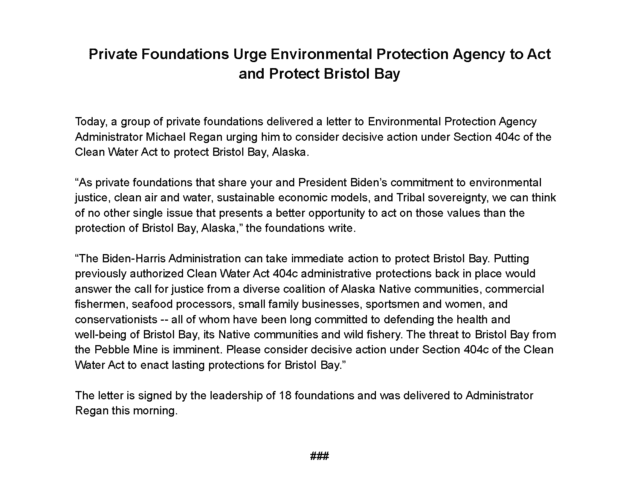 NRDC-funded print ad to run in the Washington Post, the New York Times, the Hill, and Politico end of April and early May. 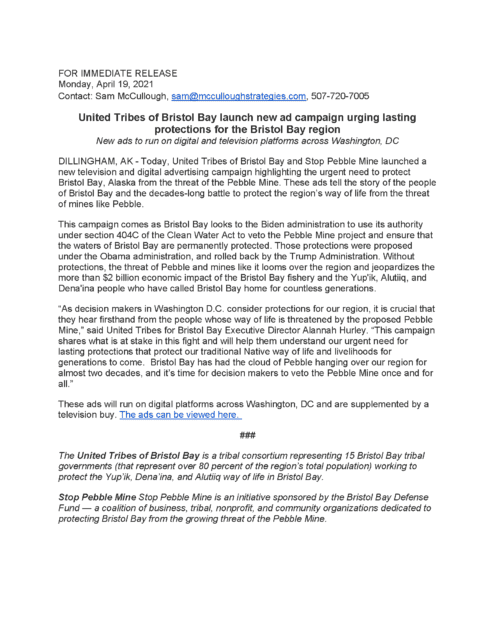 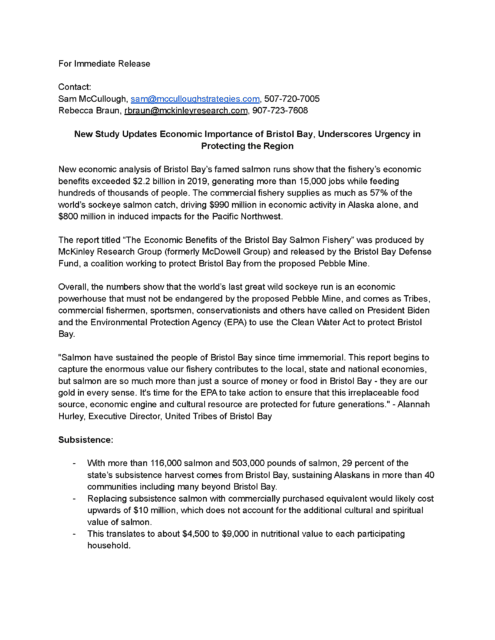 Ad by United Tribes of Bristol Bay and Stop Pebble Mine in Politico.